One Night in Pelican 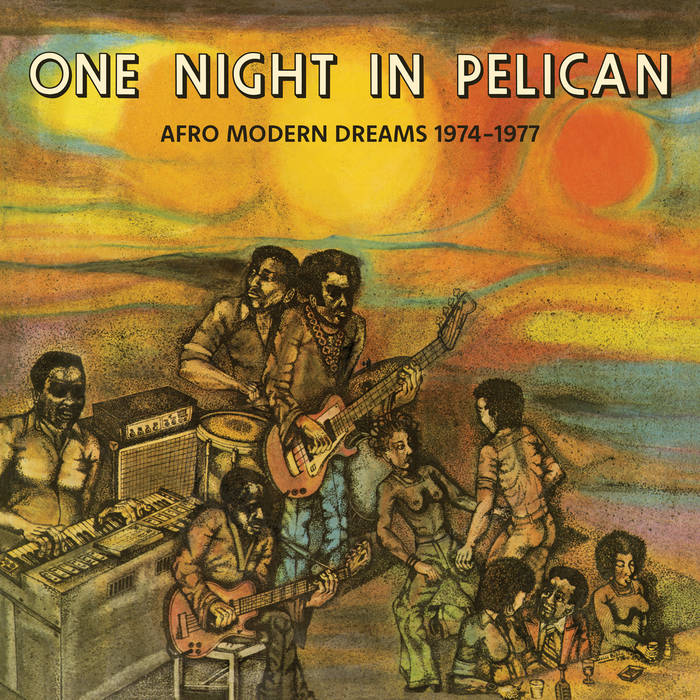 chahula Lots of extra little bits that jazz up the jazz. "Night in Pelican" is also a great track Favorite track: Pelican Fantasy.

Hassan Cheema One of The Greatest Compilations I've Ever Heard. CEASAR!!!! Favorite track: The Webb.
more...

• Ten seminal tracks journeying through jazz, funk, fusion and disco, detailing the incredible story and sounds behind the Soweto nightclub during the height of apartheid

• A uniquely South African take on the trans-Atlantic sounds of Philadelphia, Detroit and New York City


A night-time haunt in the backstreets of Soweto run by a well-known bootlegger should have been a prime zone for nefarious underworld activities. Instead, it nurtured an underground of a different kind. Soon after its opening in 1973, Club Pelican became a spot where musicians steeped in the tradition of South African jazz began to cook up experimental sounds inspired by communion, competition and the movements in funk and soul blowing in from the West. Located in an industrial park on the western edge of Orlando East, Soweto, Club Pelican was off the beaten track, among a matrix of railway and industrial infrastructure. In a different time and place, this would have been a prototypical nightclub location, except there was no local precedent to follow. This was Soweto’s first night club.

In the intervening years, this location has served to heighten the now-defunct spot’s legendary status as a singular venue, one that ruled the night in the Seventies. Initially called Lucky’s and established in 1973, the Pelican’s impact on the Soweto cultural landscape was immediate. Lorded over by a charismatic figure known as Lucky Michaels, the club became the jewel in a nondescript collection of family businesses. It boasted a diverse pool of talent in its succession of house bands and an A-list of ghetto-fabulous singers as its cabaret stars. Its VIP section was a veritable who’s who of Soweto society and its stage, hosting a mix of the day’s pop culture infused with the creativity and individual histories of the musicians, the Pelican filled a live music vacuum.

One Night in Pelican captures the halcyon seventies period with a single nightclub embodying an indomitable spirit of its troubadour players. While schooled and rooted in “standards” and local forms, the music could take any direction, at a moment’s notice. This compilation features all the key groups and players of the time: Abacothozi, Almon Memela’s Soweto, The Black Pages, Dick Khoza and the Afro Pedlars, The Drive, Ensemble of Rhythm and Art , The Headquarters, Makhona Zonke Band, the Shyannes and Spirits Rejoice.

Over ten years in the making, this is the first compilation from South African vinyl re-issue specialists Matsuli Music