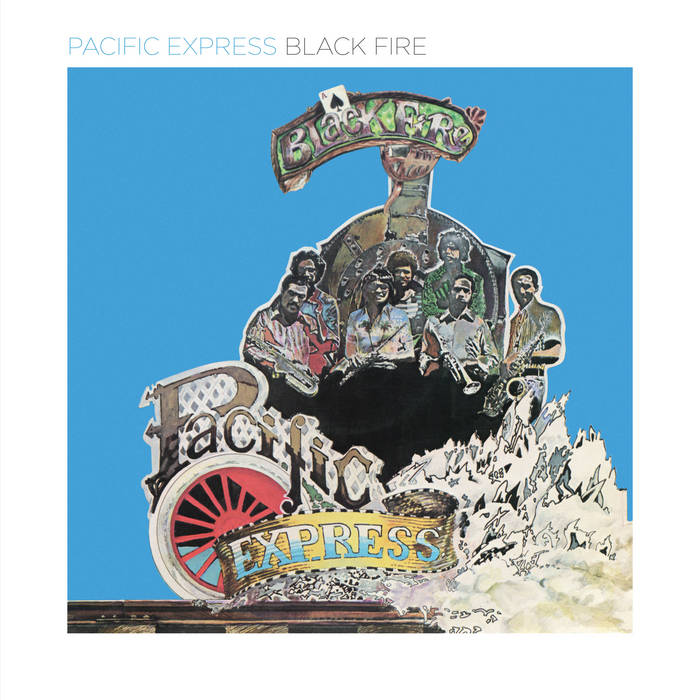 PLEASE NOTE THAT DUE TO LICENSING RESTRICTIONS MATSULI MUSIC IS UNABLE TO PROVIDE DIGITAL VERSIONS OF THIS RELEASE!

This album is hard evidence of that 1976 musical moment in which Pacific Express forged an entirely new South African sound and musical identity out of what was ‘Cape Town Jazz’, Latin, R&B, soul, pop and fusion.
From the political heat of 1976 come the militant, upbeat and irresistible funk tracks Black Fire and Brother - where singer Zayn Adam calls out for hope and optimism in spite of present difficulties. The pace moves down a gear for heart-felt ballads and Latin-tinged jazz instrumentals. Group leader Chris Schilder, after his deep jazz beginnings with Winston Mankunku Ngozi and the cream of Cape Town’s jazz crop had already spent some time with seminal black fusion group The Drive in the early seventies. Black Fire lays down a fusion of jazz funk and soul that was later picked up on and developed by Spirits Rejoice and others.

Black Fire presents the core repertoire that made Pacific Express the resident band sensation they became at the Sherwood Lounge in Manenberg, Cape Town in the mid-seventies. The ‘coloured’ township of Manenberg – about 20km away from Cape Town’s city centre, and cut off from the black settlements of Gugulethu and Nyanga by a railway track – had been officially established in 1966, based on the apartheid regime’s belief that what they defined as different “racial groups” could not live harmoniously together. Residents had been forcibly removed from and ‘relocated’ from the various suburbs now being allocated to ‘white’ people. Manenberg and surrounds were “quite a rough place” reflects Chris Schilder (now Ebhrahim Kalil Shihab).  “But the Sherwood Lounge was located close to the highway, so people could come in without getting mixed up in whatever was a happening on the streets. And once we opened – people flocked.”